Not a hallucination: Oregon is now one step closer to becoming the first state to legalize psychedelic mushrooms.

Organizers say they have received more than 164,000 signatures on Petition Initiative # 34, which would legalize psilocybin, the active compound in psychedelic mushrooms, for therapeutic use.

This qualifies the measure to go to the ballot in November, although petitioners will have to wait until mid-July to confirm that the measure will appear on this year’s ballot, according to the Oregonian.

Psilocybin is found in many species of mushrooms, but following the counterculture movement of the 1960s, they have become better known as “psychedelic” or “magic” mushrooms.

Recent studies have found promising results for the medical and therapeutic use of psilocybin. According to the IP 34 website, “It is exceptionally effective in treating depression, end-of-life anxiety and addiction. A recent NYU study showed that psilocybin therapy reduced depression and anxiety in patients. with cancer with 80 percent of patients, with few side effects. “

Other researchers have noted that psilocybin has helped patients struggling with addiction to other substances such as cigarettes.

If the measure passes in November, Oregon would become the first state to legalize psychedelic mushrooms, which are currently considered Schedule 1 narcotics by the Drug Enforcement Agency.

The Oregon initiative was powered by Sheri and Tom Eckert, two counselors who started the Oregon Psilocybin Society in 2017. The Eckerts hope to market a full range of “Psilocybin Services” for patients in the future, according to the Oregonian.

The ballot measure imposes restrictions on the use of the drug. It would establish licensing requirements for psilocybin therapy providers and psilocybin farmers. It also restricts use to licensed therapy centers and requires patients to go through a “three-step therapy process” prior to treatment.

People would still not be allowed to grow or consume psychedelic mushrooms in their homes.

Policemen probed for recreating the Elijah McClain stranglehold near the monument 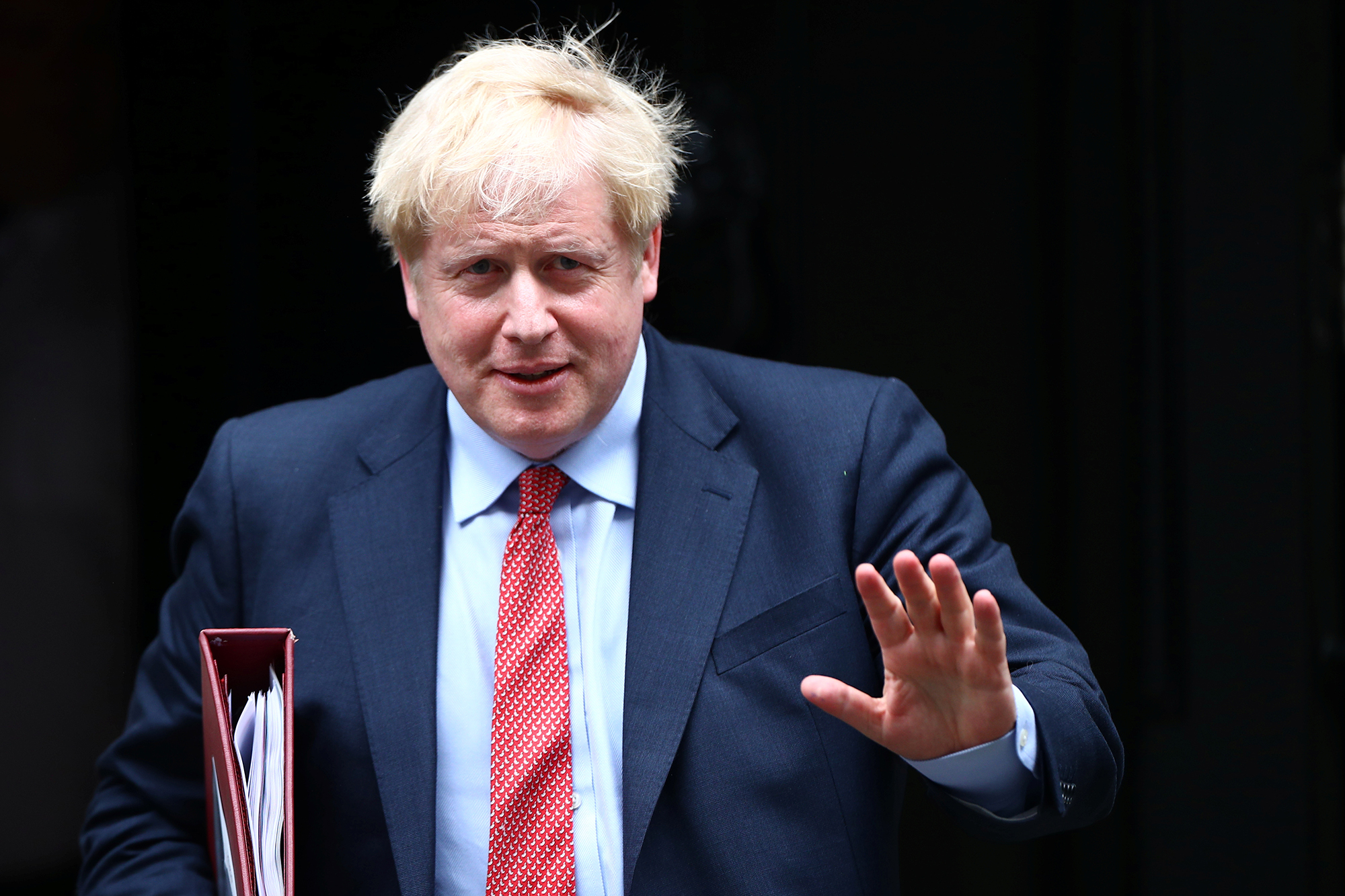 Get back to work, and that’s an order, according to British Prime Minister Boris Johnson.

Johnson wants employers to tell their subordinates to return to the office next week whenever it is safe to do so, the Daily Mail reported Saturday. It is all to get Britain’s devastated economy, which shrunk by 25% during March and April, back to work.

Officials must lead by getting off their couches and returning to their desks at work, Johnson said. He also intentionally asked companies like Goldman Sachs to encourage employees to return to the office.

“I want people to go back to work as carefully as possible,” Johnson said in a question-and-answer session with members of the public.

British Finance Minister Rishi Sunak said on Wednesday that the government would pay bonuses to employers returning to work to temporarily laid off staff.

An Australian teenager is dead after being bitten by a shark in the country’s 10th attack by maneaters this year.

Mani Hart-Deville’s legs were mutilated by what authorities believe was a great white shark. As the creature made multiple passes to the 17-year-old, his beachmates tried to defend themselves, according to news.com.au.

Hart-Deville was treated on the beach but died on the spot, Reuters reported. The beach was closed.

“What happened there this afternoon would shock everyone,” Jim Simmons, the mayor of nearby Clarence Valley, said in a statement, reported by The Guardian. “It is terribly shocking. All our condolences, from people in the area, go to the boy’s family.”

The attack occurred on Wooli Beach, on the country’s east coast, near Coffs Harbor, approximately 240 miles south of Brisbane.

President Trump defended his decision to commute the sentence of his former ally Roger Stone, tweeting Saturday that the process that led to his conviction had been illegal.

“Roger Stone was the target of an illegal witch hunt that should never have taken place. It is the other side that are criminals, including Biden and Obama, who spied on my campaign, AND PUT ON! Trump said.

After months of hints, Trump made the commutation official Friday night.

“Roger Stone is a victim of Russia’s deception that the left and its media allies perpetuated for years in an attempt to undermine the Trump presidency,” it said in a statement. “He was treated very unfairly, as were many others in this case. Roger Stone is now a free man!

The commutation came just days before Stone began serving a 40-month sentence after being convicted of lying to Congress, obstruction, and witness tampering.

Stone, a former Republican agent, has been close to Trump for decades. Unlike other insiders targeted by the Special Council investigation, he consistently maintained his innocence and refused to cooperate with the investigation.

Democrats denounced the mass commutation on Friday and complained that the president was undermining the criminal justice system.

“Donald Trump has abandoned the rule of law and has mocked our democracy. He really is the most corrupt president in history, ”said Massachusetts Senator Elizabeth Warren in a tweet.